Back to articles



What is the electrolysis system? Benefits

In recent years we have seen significant advances in salt chlorination pool sanitising systems. Keeping the water clean has often been a real headache. The electrolysis system is one of the most modern and advanced pool water treatment systems. What’s more, it is healthier than other traditional chlorine treatments.

Electrolysis system: how does it work?

The salt dissolves in the water and enters the filtering system, where the salt cell is placed. This creates an electric current between two electrodes to produce electrolysis. The process generates two substances: sodium (Na) and chlorine (CI2) in gas form.

This gas mixed with water forms hypochlorous acid, the sanitising agent required by the pool.

At GRE, we want to highlight the electrolysis system as a pool water sanitising treatment that has completely changed the market. And it shouldn’t be forgotten that its main benefit is scientifically significant. Sanitising pool water with a natural product that does not affect health is clearly the greatest benefit offered by this pool water sanitising system. 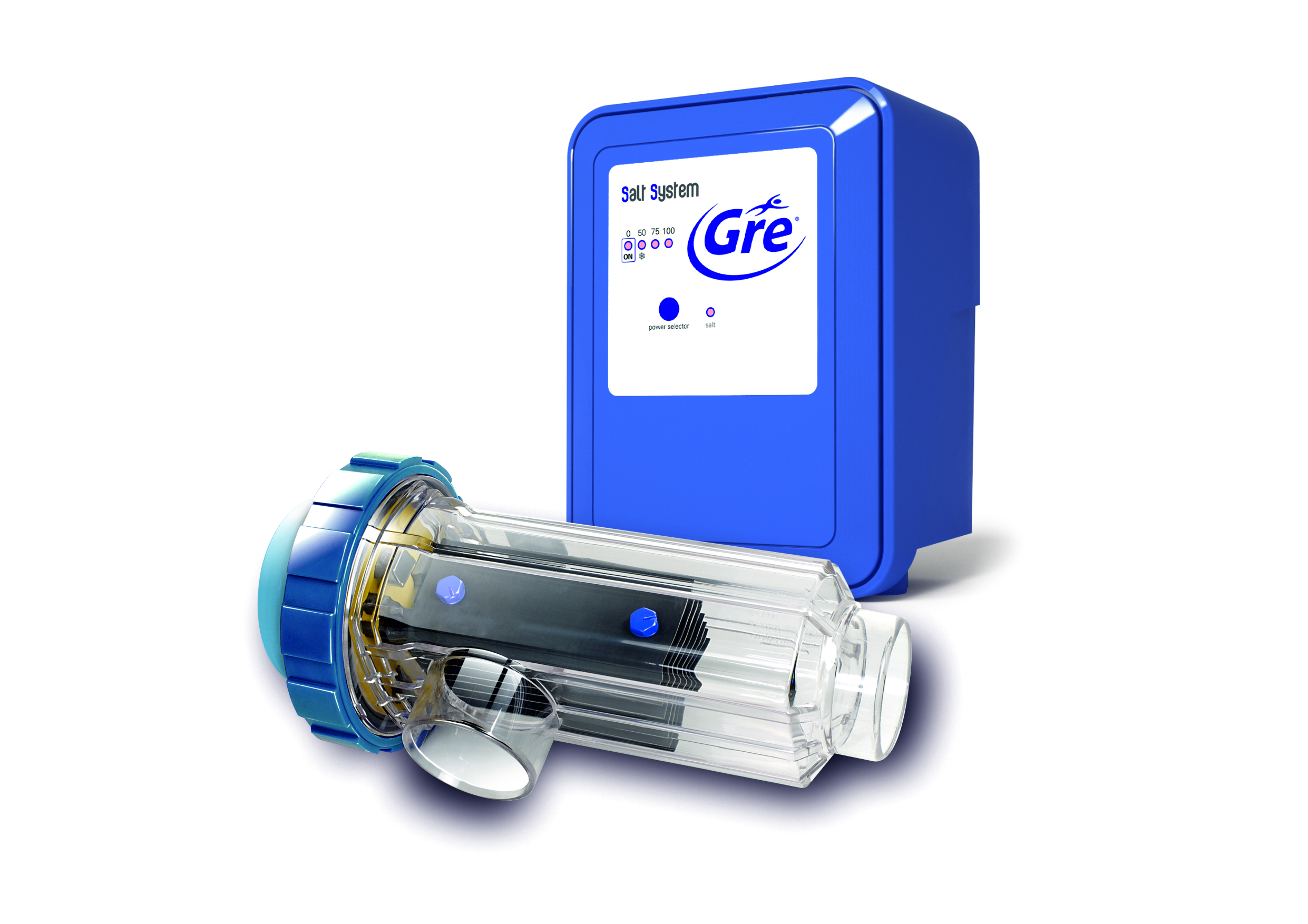 All you need to know about salt chlorine generator

How should you sanitize your pool?

Tips for above ground pool installation